When Veterans Protested the Vietnam War 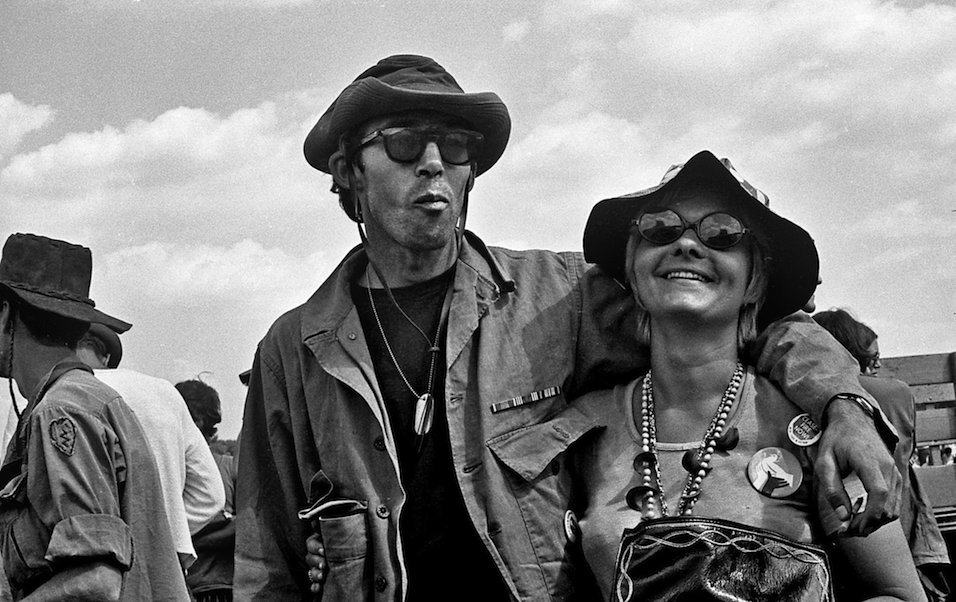 This article originally appeared at the NYTimes.com.

In 1967, I realized I wasn’t the only soldier to oppose America’s role in the conflict.

An ad in the April 9, 1967, edition of The New York Times caught my attention and changed my life. “We appeal to North Vietnam, if they really want peace, to stop bombing the United States — or else get the hell out of Vietnam!” stated a group named Veterans for Peace in Vietnam. A Vietnam veteran myself, I recognized it as a tonic outburst of G.I. black humor, a cheeky comment on the reality of who was bombing whose homeland. It also convinced me that there was a role for me to play, as a veteran, in exposing what the American government was doing in Indochina.

Posted to Vietnam as an Army radio specialist, I celebrated my 20th birthday in Saigon in January 1963, a very drunk soldier in the United States Military Assistance Command Vietnam. Two and a half years before the Gulf of Tonkin “incident,” we were already waging war — when we weren’t doing happy hours in bars from the Delta to Da Nang — under slick counterinsurgency slogans like “winning hearts and minds” and cynical unit slogans like “only you can prevent a forest” (motto of the Air Force missions spraying the countryside with chemical warfare herbicides). I’ll admit — some of it was thrilling. I caught flights on Air Force C-123s skimming treetops and bush-pilot planes flown by my Army unit transporting Special Operations teams in and out of hush-hush places, with B-26 and T-28 bombers and assorted other airplanes and helicopters flitting around, all part of a strategy to “pacify” rice-farming regions and jungle forests potentially harboring elusive Vietcong guerrillas, under the guise of being “military advisers” to a government we had installed.

Our mission was to hold Communist China in check. We occupied old French Foreign Legion posts, contemptuous of the French for being defeated by Vietnamese. Yet we seldom controlled much beyond our bases. Things in Southeast Asia, I learned, were not as upstanding as portrayed in official pronouncements. Declining a military career, I resigned from the United States Military Academy, where I went after serving in Vietnam, intending to write an exposé of our secretive, bizarre little war in Southeast Asia. That project got snagged in a tangle of new revelations as the war mushroomed in 1965-66 into an assault on the scale of World War II campaigns.

Quitting a newspaper job in New Jersey, I moved to New York in early 1967, looking to join the emerging public debate over the war. Working as a file clerk at the New York Public Library and doing research for another stab at a book project, I read a news dispatch about the bombing of yet another Vietnamese village. I was incensed that the news item quoted a military spokesman saying this was a mistake, but didn’t report that bombing villages was our strategy in Vietnam. So I dashed off a dissenting letter to the editor; sent a furious letter of protest of our bombing campaign to one of my senators, Robert Kennedy; and wrote a blistering letter to Secretary of Defense Robert McNamara blasting the bombing of civilians and enclosed my war medals with the letter to emphasize my disgust.

And much against my small-town, patriotic, Republican upbringing in upstate New York, I joined a peace demonstration. The April 15, 1967, antiwar march to the United Nations plaza drew more than 100,000 people, including a large contingent of older, predominantly World War II and Korean War veterans wearing “Veterans for Peace” hats. I joined a small group of grim young men with a banner that read “Vietnam Veterans Against the War!”

That was the beginning of a movement of military veterans determined to speak out from personal experience about troubling battlefield tactics, strategies and national policies driving the war in Vietnam, Laos and Cambodia. In November 1967 our new group, Vietnam Veterans Against the War, placed an ad in The New York Times, titled “Viet-Nam Veterans Speak Out.” Signed by 65 veterans of the Army, Air Force, Navy and Marines, the statement said in part: “We know, because we have been there, that the American public has not been told the truth about the war or about Viet-Nam … We believe that true support for our buddies still in Viet-Nam is to demand that they be brought home (through whatever negotiation is necessary) before anyone else dies in a war the American people did not vote for and do not want.”

McNamara privately shared our public dissent with President Johnson, it was later revealed. Yet combat missions and casualties continued to escalate. It would be another year before public opinion turned toward doubts about the war. Elected president with a promised peace plan, Richard Nixon ordered more bombing and an invasion of Cambodia.

We veterans played a major part in the roiling antiwar activism. As college campuses exploded in protest, outraged student veterans spoke out across the nation, appalled when four students were killed by the Ohio National Guard at Kent State University. Soldiers coming home joined veterans in mounting their own protests, embittered by horrific battlefield casualties, nightmarish atrocities and horrendous conditions at Veterans Administration hospitals. They also sought answers about a mysterious malady, later named post-traumatic stress disorder; pressed for better health care programs at the V.A.; and raised worries about health threats from exposure to Agent Orange. Bitter war stories burst out in poetry, short stories, novels, memoirs and testimony to Congress.

On national television, several hundred veterans flung war medals onto the steps of the Capitol in April 1971 during an encampment in Washington organized by Vietnam Veterans Against the War to protest the continuation of the fighting, which by then was over a decade old. Such anguished actions aimed to “search out and destroy the last vestige of this barbaric war,” Navy Lt. John Kerry told the Senate Foreign Relations Committee on behalf of the protesting veterans, so that Vietnam might come to mean “the place where America finally turned and where soldiers like us helped in the turning.”

The following spring, in 1972, with the assistance of many Vietnam Veterans Against the War colleagues, Larry Rottmann, Basil T. Paquet and I published, as the editors of 1st Casualty Press, a poetry anthology that offered a G.I. outcry by veterans whose views had been dismissed in literary as well as political circles. “Forty years after its publication, ‘Winning Hearts and Minds: War Poems by Vietnam Veterans’ remains one of the most compelling, insightful and moving accounts of the American war in Vietnam,” wrote the critic Adam Gilbert in the literary journal War, Literature and the Arts in 2013. “ ‘Winning,’ and the body of ‘Vietnam war poetry’ that it helped to establish, presented a searing critique of the war by those who had fought in it, a critique that continues to offer a valuable opportunity to understand and examine America’s policies and attitudes toward Asia through the eyes of the men who implemented them.”

In the public imagination, Vietnam veterans stand in contrast to antiwar protesters — at best, the maligned victims of government policy; at worst, willing accomplices to atrocities. But as I experienced firsthand, those stereotypes ignore the vital role that thousands of veterans played in the antiwar movement, bringing testimony and moral witness to bear against a disastrous military adventure.