Video: The Vietnam War and the Phoenix Program: “A Computerized Genocide” 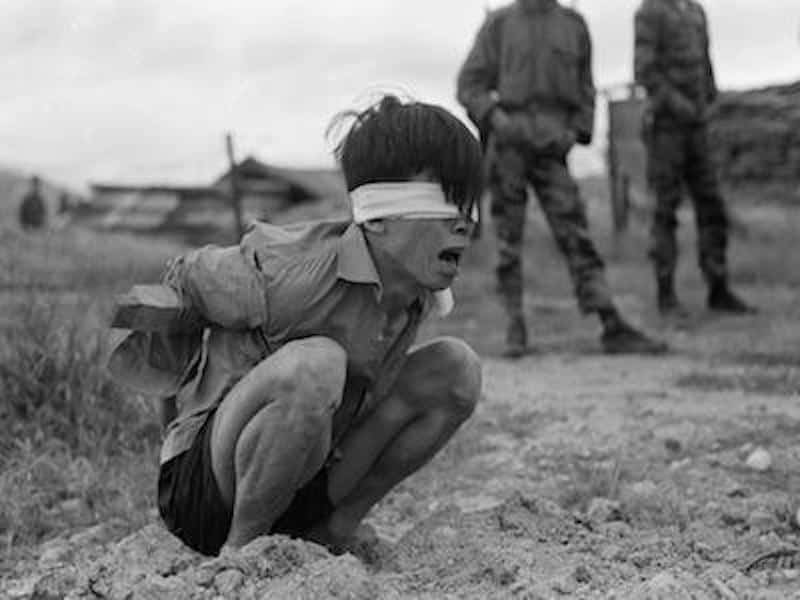 This article originally appeared at Globalresearch.ca.

Michael Maclear’s 1975 documentary, Spooks and Cowboys, Gooks and Grunts (Part 1) is more relevant now than ever. Forty-two years after its release, it exposes the suppressed, shameful truths that have corrupted America since the Vietnam War. The documentary makes it perfectly clear that “we” have always known what was going on – and that “we” have perfected the means of denying and obfuscating it.

Maclear’s documentary stands in stark contrast to the current Ken Burns documentary, The Vietnam War, which is nothing more than historical revisionism, sprinkled with massive doses of cognitive dissonance, served up as healing.

While Burns assiduously avoids connecting the conflicts of the Vietnam War to America’s on-going experiment in technofascism, Maclear’s documentary is straightforward in stating several shameful truths. Foremost, that the CIA has corrupted not only the military, but America’s political and judicial systems; and that, through its secret control of the media, the CIA’s power to create the official version of history has left veterans of the Vietnam War, as well as every subsequent generation of Americans as well, in a state of neurotic delusion.

This is what Guy Debord meant when he said,

“Secrecy dominates this world, and foremost as the secret of domination.”

While Burns falsely characterizes the war as a tragedy engendered by decent men with good intentions, Maclear offers incontrovertible proof that it was a war of imperial aggression in the pursuit of counterrevolution.

Maclear gets to the heart of the matter by focusing on the CIA’s Phoenix program, which Burns spends all of two minutes on. Through interviews with Bart Osborn and Jeff Stein, both veterans of Phoenix, Maclear shows what happens to combat veterans when they are made to function as judge, jury, and executioner of civilians. Mass murder and computerized genocide are the terms used in the documentary.

While Burns places combat veterans on an unassailable pedestal, and makes America’s involvement in the Vietnam War “noble” based on their sacrifices, Maclear shows how the war managers indoctrinated the troops with lies, and then aimed them at innocents. As Maclear explains, by 1968, the CIA knew American military forces could not win the “hearts and minds” of the Vietnamese people, so they turned to eliminating, through torture and terror, members of the revolution’s civilian infrastructure, as well as anyone who could be said to be sympathetic to it.

Burns has no stomach for this hard truth, or the fact that Phoenix, as Maclear made perfectly clear 42 years ago, has become not only the template for policing the American empire, but for the SWAT teams and militarized police forces that control America’s political and social movements on behalf of their corporate masters in the war industry.

I’ll close this brief introduction by honoring Bart Osborn, who, along with several other Phoenix veterans, testified to Congress about the Phoenix program. Based on the testimony of these veterans in 1971, four Congresspersons stated that Phoenix was a policy of waging war crimes and violated the Geneva Conventions.

In 1973, Osborn, along with Air Force veterans Perry Fellwock and Tim Butz, formed the Committee for Action-Research on the Intelligence Community (CARIC) in response to revelations about the CIA’s role in Watergate. CARIC exposed individual CIA officers and operations through its publication, CounterSpy.

At the same time in 1973, Norman Mailer and several of his associates created The Fifth Estate to counter the CIA’s secret intervention in America’s domestic political and social affairs. In January 1974, CARIC and The Fifth Estate combined to create the Organizing Committee for a Fifth Estate. The plan was to organize groups on campus and in communities to investigate and expose the CIA. CounterSpy was its publication.

If only such organizations existed today.

Before the security forces and complicit media subverted CARIC and its efforts to expose the CIA, CARIC worked with the British Corporation Granada Television Inc, to produce a documentary on political prisoners in Vietnam.

Titled A Question of Torture, it too has also been suppressed, but is well worth viewing as an antidote to the Burns propaganda film, as well as to the duplicitous Vietnam War narrative Americans have had shoved down their throats for the past 40 plus years.

In the absence of any organizations dedicated to exposing the CIA, war crimes have since become official US policy, at home and abroad.