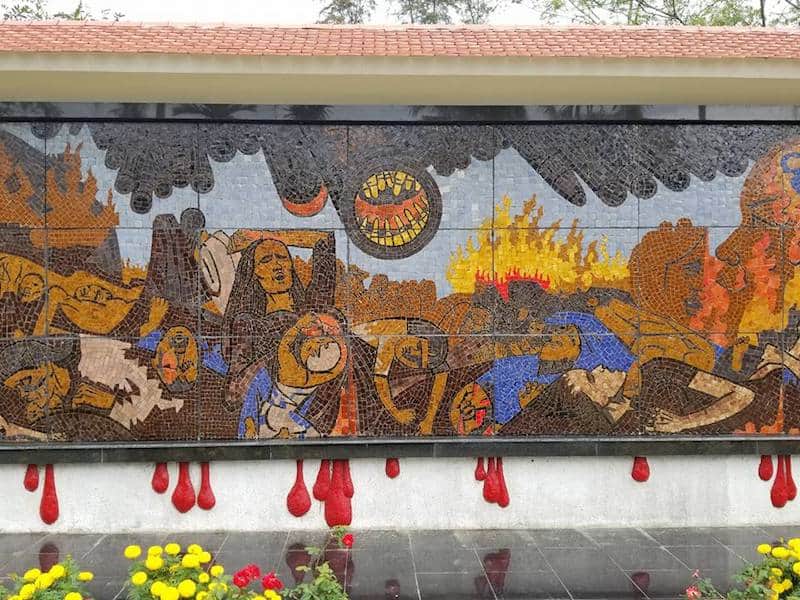 Not in chronological order

Bio from Vietnam News
Thomas Eugene Wilber was 12 years old when his father’s plane was shot down in Việt Nam and taken prisoner.

Forty-five years later, when Wilber had the opportunity to visit Việt Nam, the first thing he did was head to the former prison, now a famous museum.

He was surprised to see a picture of his father displayed there, opening a parcel that Wilber had himself packed 45 years ago.

In less than three years since, Wilber has traveled to Việt Nam 17 times, mostly to carry out further research on the anti-war position his father adopted and expressed while he was in prison.

His research has since taken Wilber to different parts of Việt Nam including Hà Nội City, HCM City, central province of Nghệ An, port city of Hải Phòng.

After his father’s death, Wilber and his family collected several items his father had preserved from his days in Việt Nam and donated the memorabilia to the Hoả Lò Prison Museum.

“I feel satisfied knowing that his personal items are in the careful custody of Hỏa Lò staff now, as his life was in the careful care of his captors many years ago. I am proud of his courage to speak his opinion for a peaceful settlement,” said Wilber.

“Having my father’s items at Hỏa Lò is a representation of someone who was patriotic to his country while calling for his country to stop a bad situation.

“I think it is important for visitors at Hoả Lò to realise that this opinion existed within the camps of detention, even though only a small number of the captives were willing to express it as vocally as did my father,” Wilber said.

The woman in between Paul Cox & JJ Johnson is Ms. Tran Thi Hoan an Agent Orange survivor and was part of an December 2017 Vietnamese AO Justice Tour to New York City and Washington DC speaking on the affects of Agent Orange an in support on of H.R. 334 Victims of Agent Orange Relief Act of 2017.

Unexpectedly a number of Military/Veterans were there to offer incense and prayers and they were surprised and delighted to see us.

Greeting us with warm handshakes and smiles.

There was for me, deep feeling of  sorrow, shame. Grief for these poor souls (martyrs defending their country and independence) that were slaugthered on the altar of war. Shame because my country in it’s arrogance sent it’s children to kill other people’s children and I was apart of that.

The bell donged three times, I got a chill as a breeze washed over me like ghosts passing by.

Truong Son Martyrs’ cemetery is home to more than 10,000 martyrs, boys and girls in their 20s. They laid down their lives over 6,000 days to construct and maintain the Truong Son Trail. Covering an area of 140,000 square meters, the graves are divided into 10 major zones in which the memorial area is situated at the center of the hill at 32 meters height from the gate.

VUFO 3/6/18(5)
Veterans Association of Viet Nam
for a open discussion, which turned out to very emotional, where the hard truths and call for working together for the future of peace for the next generations.

On our way to Bien Hoa an Agent Orange Hotspot

We are at the My Lai Massacre Anniversary Ceremonies where Celina Dunlop of the Economist introduced me to Do Ba, a My Lai Survivor rescued by Hugh Thompson and crew.

In the background is my good friend and VFP Colleague Frank Corcoran who I, he, Dave Cline, Joan Duffy Newberry, & Ralph Steele
had attended an Agent Orange Conference in March of 2006 in Ha Noi.

Nina Schnall accompanied her mother the infamous Susan Schnall of Veterans For Peace and other veterans, G I Resisters and Anti-War Activists on this auspicious 50 year Anniversary of the March 16th, 1968 Massacre of 504 Vietnamese unarmed and non-resisting civilians, many of them women and children.

David Cortright is an American scholar, peace activist and author of Soldiers in Revolt. He is Director of Policy Studies at the Kroc Institute for International Peace Studies at the University of Notre Dame and Chair of the Board of the Fourth Freedom Forum.
https://youtu.be/t_3DmnUjdMQ

VFP VN My Lai Path 3/15/18(1)
We came a day early and did a walkabout as preparations were being prepared for Friday March 16th Commemorations of the 50th Anniversary of the My Lai Massacre.  It was a profoundly eerie feeling as I walked a path with the impressions of feet that crisscrossed in many directions, mostly women and childrens feet, until I came upon a fluttering Butterfly. The presence of a butterfly I took as a sign that the spirits of My Lai were screaming out for their stories to be told, so their souls would could rest in Peace.

Followed by Video of the My Lai Massacre Mural