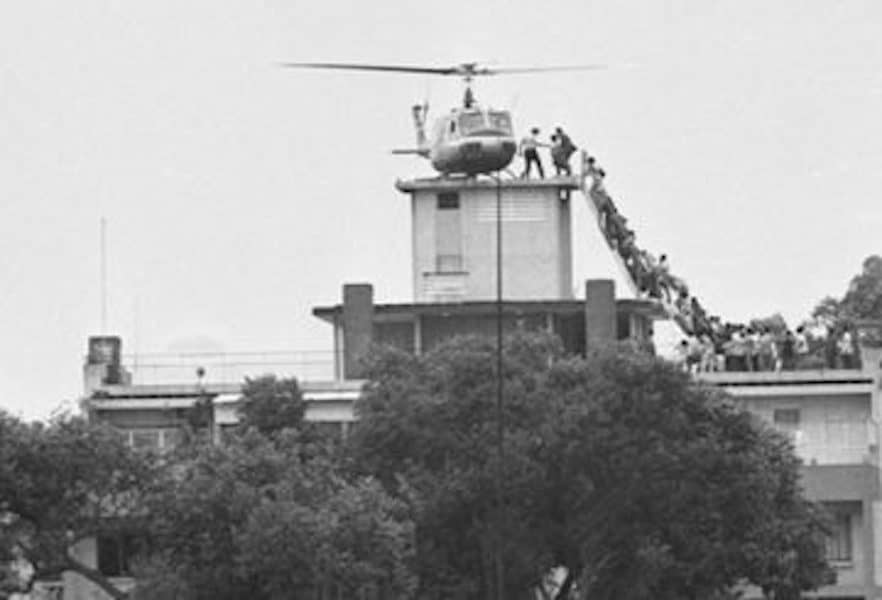 This article originally appeared at MekongReview.com.

Our review of Ken Burns and Lynn Novick’s The Vietnam War has been at the centre of a debate on the merits of the new PBS documentary series. This letter was a response to the review. Please write to editor@mekongreview if you wish to contribute.

I have read more than a dozen reviews about the series, including the extensive and thoughtful critique in the Mekong Review by Thomas Bass in which he questions Ken Burns’ weak understanding of the war, its origins and its effect on geo-politics. Other equally critical reviews written by mostly well-informed people, make me believe there is absolutely nothing new in Burns’ vision, insight, and reporting, which is usual for all Burns’ films whatever the subject.

The Vietnam War will never die. Almost no one today has any doubt that America had the right to launch and fight a war not only far from home, but one that many eventually realized was unwinnable. People of good sense knew the war was wrong. Saying it again, even to a potentially fresh audience, changes nothing. Stating that good intentions started the war is meaningless. In the minds of those who start wars, their goals are never bad. Might always makes right for aggressors. The end they project always justifies the means. To have Ken Burns and Lynn Novick fight the Vietnam War again for eighteen hours on PBS defies reason.

Though I do admit there is an audience in the legions of people everywhere who can benefit from the lessons the Vietnam War can teach us about the overreach of what America then thought of its role as the “world’s policeman”. But I am not sure this series answers that question.

Purists will ask how can I judge a film without seeing it. Correct. I cannot. I am not judging the film as much as I am questioning why I should waste good time viewing another of a genre, a life, really I lived through and that still informs something of who I am.

The reviews have been long, complex, filled with moral muscle flexing and hard-nosed facts, equally permeated with worn, sometimes thoughtful philosophy about war, foreign policy, perceived wrongs and mostly nothing good about what took place in Vietnam, and the war’s effect on the world. In the thousands of words already written about the series, passion dominates some reviews while ignorance infuses others. A few facts and heavy opinion in these reviews help the tub-thumpers make their points, but they do not necessarily add to our understanding of why the war happened or why it continues as one of the main stains on America as a nation.

This is not a critique about whether Burns and Novick got the story right. Many reviewers criticize the filmmakers for missing important points of the war. I would have to view the film carefully to make that judgment. The question is why more about Vietnam now. Burns and his team rarely provide a deep and penetrating interpretation in any of their films. Without knowing for certain, I am sure the Vietnam series is no exception. Both the film and its many critics are looking for what they hope is the truth about a story already deeply ingrained in our individual and collective psyches. Neither the film, apparently, nor any reviewer finds that truth because it is an impossible task. Maybe that is the only story we can hope for. Vietnam defies any ultimate understanding. It is the story of a war. It is the story of all war. It is our fate. More is the pity.