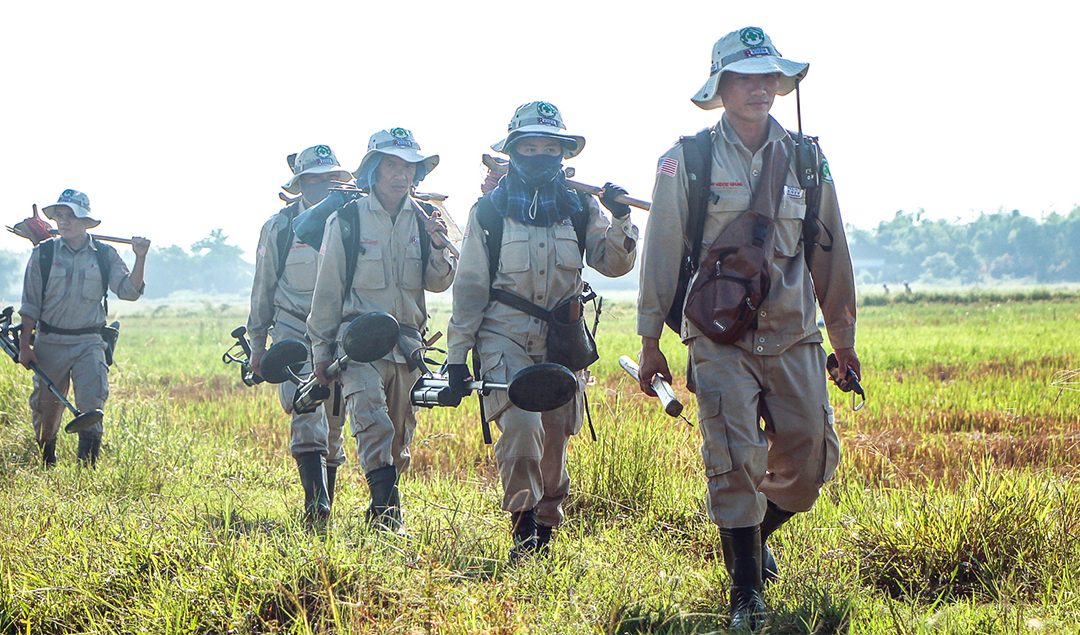 via the People’s Army Newspaper (Vietnam)

At the reception, General Chien affirmed that Vietnam has always prioritized the development of relations with the US in its foreign policy.

Over the past time, the bilateral relationship has been built and expanded within the framework of the comprehensive partnership, including cooperation in overcoming war-left consequences.

He also highlighted the bilateral coordination in searching for US MIAs, and dealing with consequences of war-left bombs, mines and other remnants as well as dioxin detoxification, which has contributed to promoting solidarity and mutual trust between the two countries.

On this occasion, via the US guest, General Chien sent his thanks to Mr. Leahy and the committee members for their support in performing the tasks above.

General Chien also hailed the close cooperation between the United States Agency for International Development (USAID) and Vietnamese Defense Ministry during the completed dioxin contamination remediation project at Da Nang airport and in in implementing the dioxin contamination remediation project of phase 1 at Bien Hoa airport, and improving living standards of Vietnamese people with disabilities in provinces affected by Agent Orange during the war.

In the coming time, General Chien urged the two sides to work together to fulfill the aforementioned tasks.

For his part, Mr. Paul Grove thanked General Chien for his warm reception, affirming that in the coming time, both sides should effectively conduct US assisted-projects on overcoming war-left consequences in Vietnam as well as carry out cooperation contents in accordance with bilateral interests, for peace and development in the region and the world.