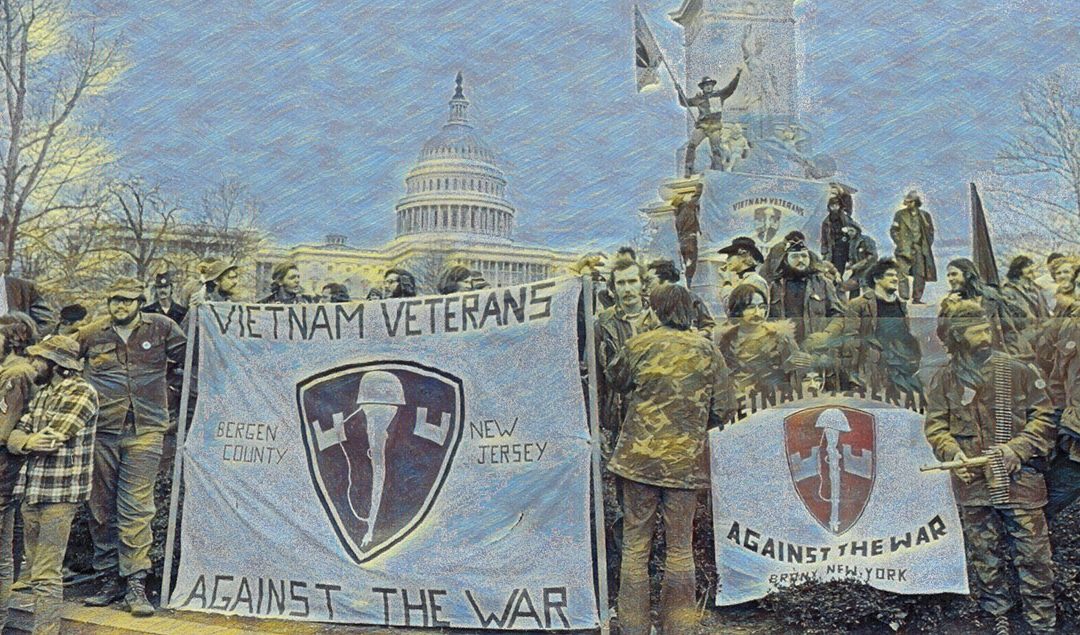 Bigger than the Jan. 6 insurrection, the 1971 antiwar mobilization known as Operation Dewey Canyon III altered the course of the war and uplifted the nation.

On Sunday, CBS News’ “60 Minutes” profiled the Oath Keepers, a white-supremacist veterans’ group founded when President Barack Obama assumed office. The program traced the group’s history from its 2009 formation to its armed support of Cliven Bundy in 2014 to its open plotting of sedition in December 2020. Then CBS showed some cell-phone footage of the 40 members of the group on Jan. 6, 2021, as they breached the U.S. Capitol in perfect military formation.

That insurrection’s aftereffects are still being felt, with 400 participants having been arrested by the Justice Department. Now, as indictments loom, at least one Oath Keeper is openly cooperating with the Department of Justice, and the country’s two political parties are broadcasting dueling narratives about Jan. 6. Meanwhile, for some Vietnam veterans — particularly those featured in my 2020 book, “I Ain’t Marching Anymore” — the insurrection induced more than a little déjà vu.

Fifty years ago this week, more than a thousand Vietnam veterans crowded the U.S. Capitol from April 18-23, 1971. Members of Vietnam Veterans Against the War, or VVAW, piled into D.C. from every state, stuffed into cars and trucks and buses, then circled the Capitol with encampments. Unlike the vets leading the 2021 white-supremacist insurrection, the 1971 uprising came to Washington to practice democracy, not impede it; organized chapter by chapter, it ended up including and influencing members of Congress. “Operation Dewey Canyon III,” nicknamed for two Vietnam campaigns, would set the bar for activism to follow.

In a year full of 50th anniversaries, ODCIII — as it’s called — is right now largely remembered for the debut on the public stage of John Kerry, former Secretary of State and current climate envoy, whose participation later doomed his 2004 presidential campaign. But Kerry’s debut was part of a larger, well-organized mobilization: hundreds of vets lobbied Congress, filled hearing rooms, and camped out at West Potomac Park and the National Mall. They crossed the Potomac — some in wheelchairs or on crutches — to Arlington National Cemetery, where a former military chaplain led a funeral service for the war dead. They refused to stop sleeping on the Mall despite orders from the Supreme Court. The war they hoped to stop didn’t end until four years later, but its course and that of the nation was altered by their movement, many of whom are still fighting for change today.

Read the rest at Waging Nonviolence