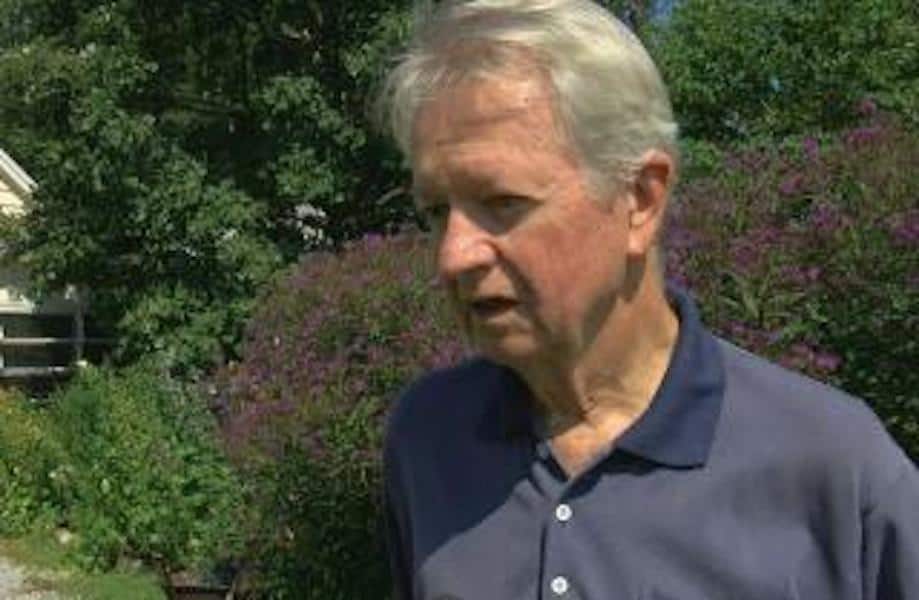 This article originally appeared at m.wtol.com.

TOLEDO, OH (WTOL) – It’s been over 42 years since the war in Vietnam flashed across our TV screens every night.

These days not so much, but that hasn’t stopped some Vietnam vets from working to heal decades-long wounds from the war.

“Most Americans probably don’t know much about it these days. We think, ‘the war ended 40 years ago so everything’s okay’,” said Chuck Searcy with Veterans for Peace.

But it’s not okay.

Land mines, cluster bombs and other lethal artifacts of war still lurk on and under the landscape of Vietnam, waiting to kill the unsuspecting.

It’s one reason why Vietnam vets like Chuck Searcy continue to serve in Vietnam, not planting the mines and munitions, but removing them.

Searcy was in Toledo on Saturday night to become an honorary trustee of Toledo’s DOVE foundation which works to rebuild the southeast Asian country that was ripped apart by the ravages of the long war.

The DOVE Foundation and similar groups are not just removing landmines, but donating medical supplies and coats, providing dental assistance and making other goodwill gestures for the people still trying to recover decades after the end of the war.

“Most of us feel an ethical, moral need to go back and help the Vietnamese people with their problems that they didn’t create,” said Searcy.

For him, that need to help is deep.

He’ll leave Toledo on Monday to head back to Vietnam where he’s been living and working for the past 22 years to coordinate the various efforts to renew America’s relationship with Vietnam, a country he and others see much differently than we once saw through our TV screens.