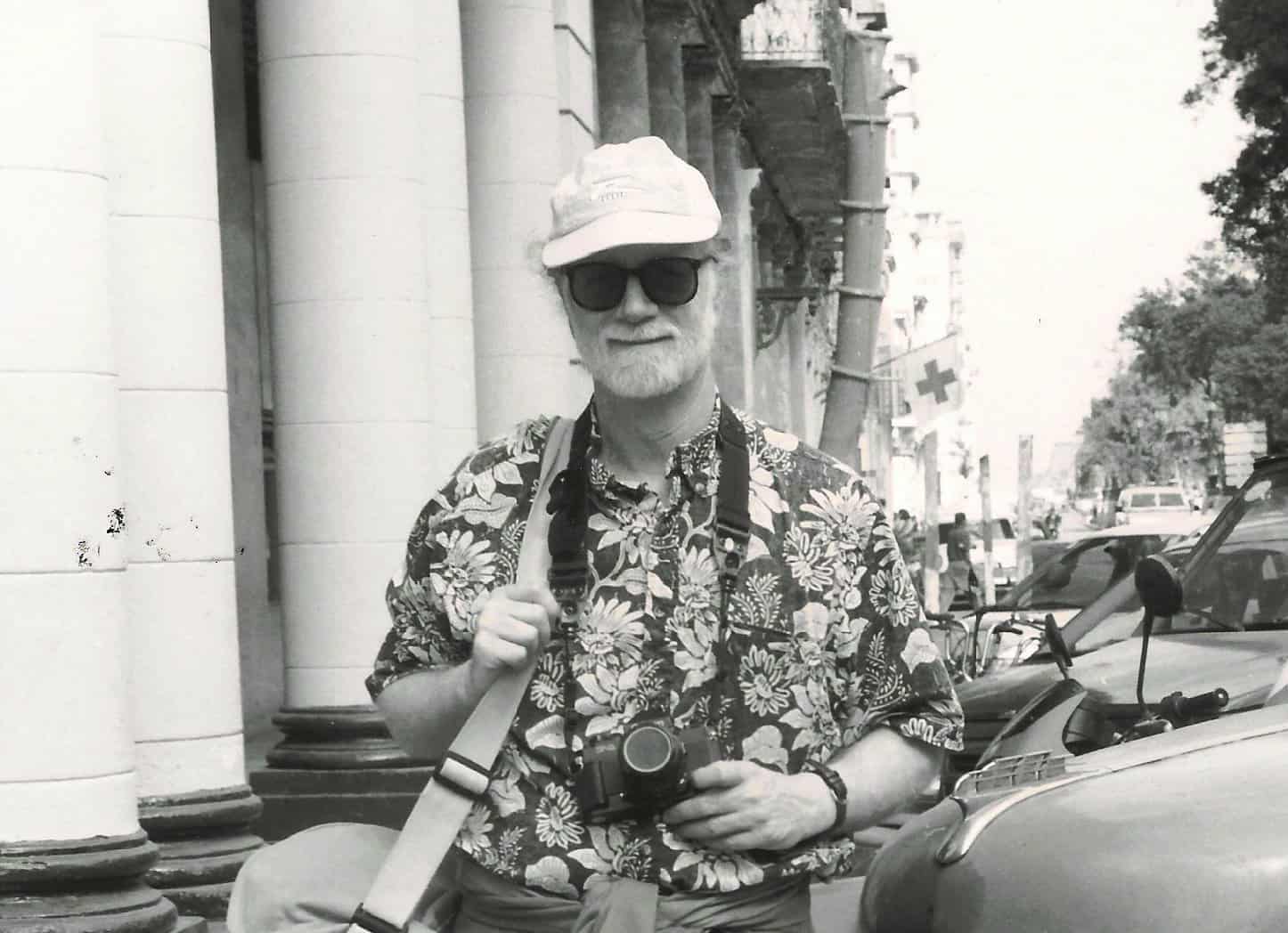 2015 is a year of milestones in the history of the Vietnam War. 50 years since the U.S. military escalation of the war in 1965, and 40 years since the last U.S. personnel in Vietnam were evacuated from the roof of the U.S. Embassy in Saigon in 1975. But the role of the antiwar movement is in danger of being air brushed out of official U.S. commemorations of the war’s history.

In contrast, in Canada, a different discussion about the Vietnam War and the antiwar movement is unfolding. Vietnam: Canada’s Shadow War, which aired on the Canadian Broadcasting Corporation (CBC) in March, casts a critical eye on Canada’s “quiet complicity” in the war. The documentary, produced by Merit Motion Pictures in Winnipeg, delves into the production of Agent Orange in Canada for use in Vietnam, the 110 Canadians who were killed in Vietnam fighting for the United States, and a Canadian diplomat who delivered U.S. threats to bomb North Vietnam unless Hanoi accepted Washington’s terms for negotiations in 1964.

According to the film, the aggressive U.S. military intervention in Vietnam caused Canada, a staunch Cold War ally of Washington, to have second thoughts its unconditional support of the U.S. course in Vietnam. One way Ottawa put distance between itself and the United States on Vietnam was by allowing U.S. draft resisters and deserters to immigrate to Canada.

Vietnam: Canada’s Shadow War and Hell No, We Won’t Go! which aired on the Canadian History Channel in 2013, tell the narrative of the U.S. war resister community in Canada. Draft resisters started going to Canada in the mid-1960s as monthly Selective Service System quotas shot up to provide conscripts for the stepped-up fighting in Vietnam. Antiwar GIs began to pour across the border in ever-larger numbers beginning in 1969. The anti-Vietnam war resister community grew to 50,000 draft resisters and deserters by the early 1970s.

In interviews, former war resisters explain why they refused to fight in Vietnam in what they considered to be an immoral and unjust war: the indiscriminate use of U.S. firepower, napalm against civilians, the toxic defoliant Agent Orange, the carpet bombing, lethal interrogations of prisoners of war. They looked back on the hardships of starting life over in Canada. Leaving their families knowing they might never be able to return to the United States. The FBI visits of war resisters in Canada, and the FBI’s harassment of parents back in the United States. Not being able to return to the United States to attend the funeral of a parent.

It is telling that Canada is more willing to critically revisit its role in the Vietnam War than the United States is. Vietnam: Canada’s Shadow War, and Hell No, We Won’t Go!, produced by War Torn Productions in Toronto, respectfully recognize the historic role of war resisters in Canada. War Torn Productions organized a public screening of the film and a panel discussion with war resisters in the film in a Toronto movie theater in October 2013.

In the United States, exiled war resisters, like the Resistance, the antiwar GI movement, the antiwar Vietnam veterans movement, and the mass mobilizations against the war, are ignored in the mainstream discussions about the historic Vietnam milestones. But the scope and impact of the antiwar resistance is one of the big untold narratives of the Vietnam War, too big to continue to be swept under the rug.

Draft resisters overwhelmed the Selective Service System. 570,000 men violated the draft laws, and 210,000 of those cases were referred to federal prosecutors. 3,250 draft resisters were imprisoned. 250,000 18 year-olds failed to register for the draft. 172,000 men qualified as conscientious objectors. By 1971, enforcement of draft laws had ground to a halt.

Opposition to the war was widespread in the ranks of the military in Vietnam and elsewhere. 500,000 GIs were categorized as long-term deserters. 790,000 service members were discharged with stigmatizing other-than-honorable discharges for violating the Uniform Code of Military Justice. Army historian Colonel Robert D. Heinl commented on the crippling effect of antiwar sentiment on the U.S. war effort in the June 1971 Armed Forces Journal.  Henil wrote, “The morale, discipline, and battle worthiness of the U.S. Armed Forces are, with a few salient exceptions, [is] lower and worse than at any time in this century and possibly in the history of the United States.” [Source for statistics: Jack Colhoun, “The Vietnam War and the Vietnam Generation: A Review of Lawrence Baskir and William Strauss, Chance and Circumstance: The Draft, the War, and the Vietnam Generation,” Peace and Change: A Journal of Peace Research, Fall, 1980, pp. 71-77.]

Jack Colhoun, an antiwar Army deserter, was an editor of AMEX-Canada, the magazine of U.S. war resisters in Canada in 1971-1977. He appears in both Vietnam: Canada’s Shadow War and Hell No, We Won’t Go! He was Washington correspondent for the (New York) Guardian newsweekly in 1978-1992.  Jack Colhoun is the author of “Gangsterismo” a study of the CIA and organized crime efforts to destabilize Cuba available through OR Books.