Our “Anti-Warriors Chronology of the American War in Vietnam” updated 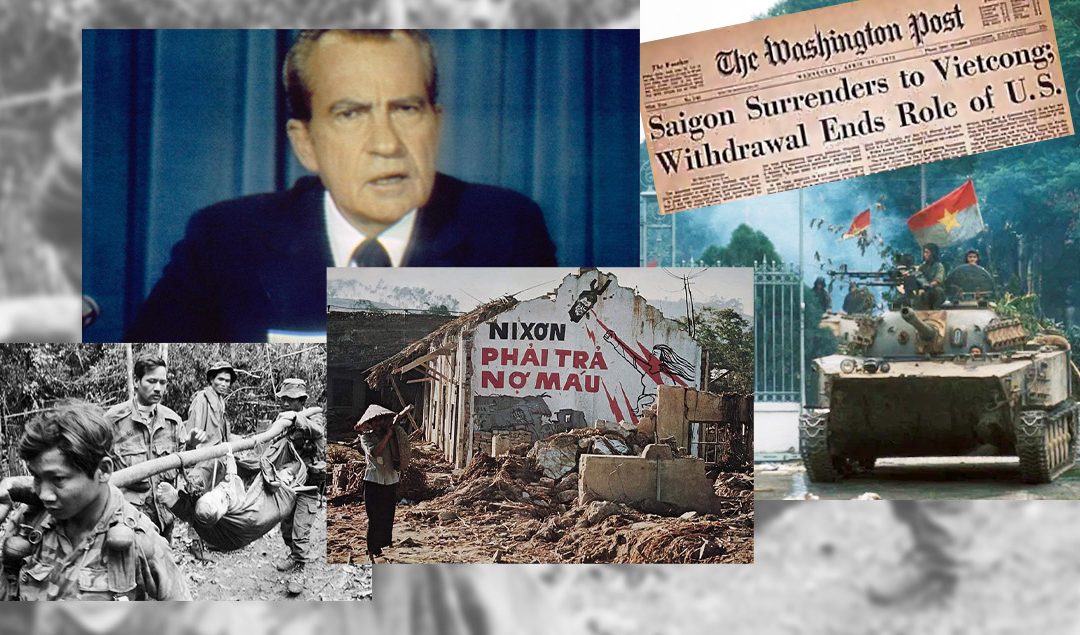 Our “A Brief Chronology of Vietnam, the United States and their Relations” page has been updated and released as “An Anti-Warriors Chronology of the American War in Vietnam.”

The Full Disclosure chronology of the American War in Vietnam provides multiple perspectives, including that of the Vietnamese resistance, the anti war movement in the United States and around the world–especially the opposition of active duty GIs and veterans–as well as containing the standard landmarks: the big battle, the negotiations, and the maneuvers of politicians.

Written and organized by John J. Fitzgerald & Howie Machtinger, its been used by hundreds of people looking for a balanced and accurate research reference of the US war in Vietnam. However, until today, the chronology ended at 1973.

Check out our Chronology page here.