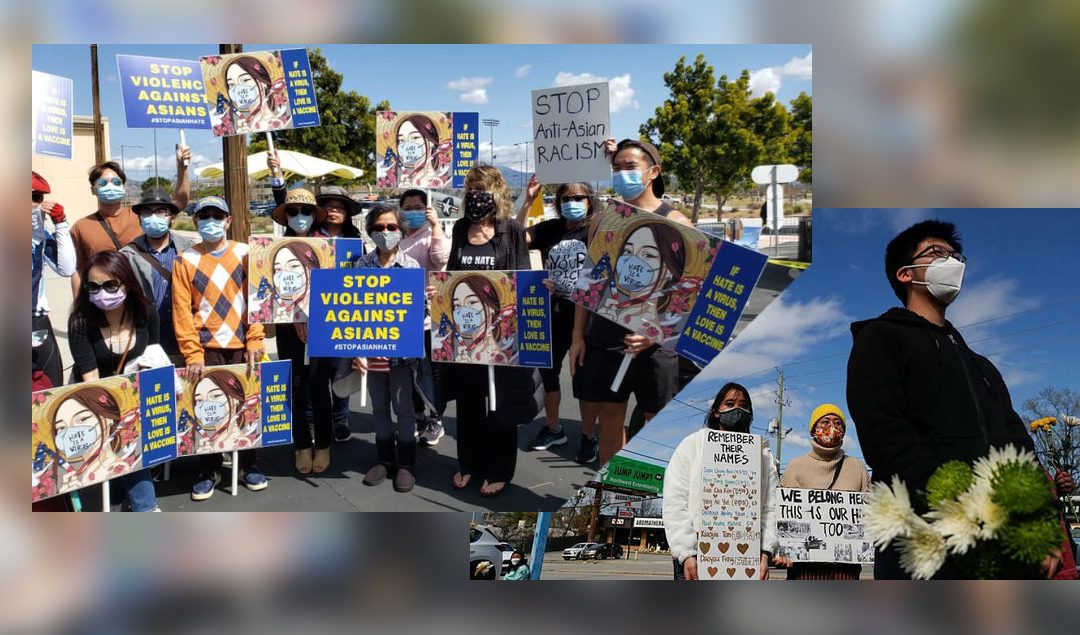 by Long Nguyen at VN Express

Shocked, scared and angry, the Vietnamese community in the U.S. are taking measures to protect themselves and raising their voices against anti-Asian violence.

Hang Nguyen, a Vietnamese student at the University of California, Davis, never leaves her apartment without a pepper spray given by her relatives a couple of weeks ago.

The 29-year-old graduate student also plans to buy a taser to be “more confident when venturing out.”

“I cannot be afraid and do nothing to protect myself. There is clearly a threat targeting my community and me, so I must be prepared and be on my guard,” Hang said, adding many of her Vietnamese friends in California were also being vigilant and taking action to protect themselves.

Millions of Vietnamese have expressed their anger and protested the recent wave of attacks against Asian Americans in the U.S., scapegoating them for the Covid-19 crisis.

According to the nonprofit organization Stop AAPI Hate, from March 19, 2020 until the end of the year, it received a total of 3,292 discrimination complaints from all 50 states and Washington, DC. In the first months of 2021, there were at least 503 anti-Asian hate incidents reported.

On March 17, 21-year-old Robert Aaron Long, a white gunman, was charged with killing eight people at three Atlanta-area massage parlors. Of these, six were women of Asian descent. 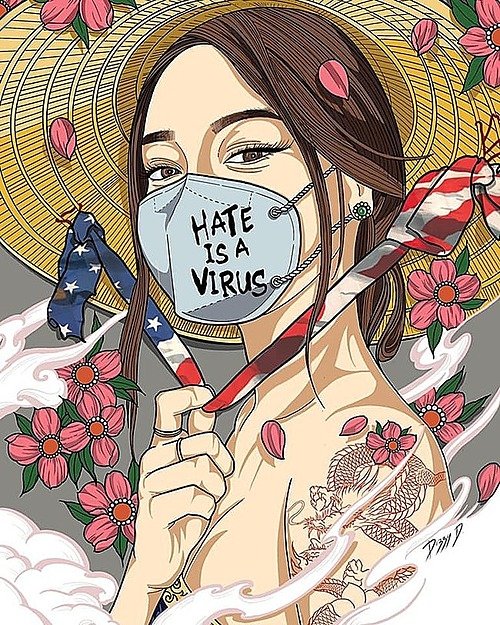 Although the murderer told police that the attack was not racially motivated, investigators said they had not ruled out bias as a motivating factor.

Also on March 17, an 83-year-old Vietnamese man named Ngoc Pham was attacked by an identified man. According to the GoFundMe page set up for Pham, his nose was broken and he had cuts and bruises on his head.

In California’s Orange County, Vivian Le, a Vietnamese-American living in the U.S. for more than 14 years, always takes a pepper spray and taser with her.

“I must protect myself first if I want to protect other people in my community,” Le said, adding many of her Vietnamese friends have bought pepper spray, tasers and even baseball bats.

Some Vietnamese Americans have taken a further step: buying a gun.

“I am old, and these recent attacks on Asians have shaken me, so a shotgun is a must-have item for my defense,” said 51-year-old Hai Pham, a Vietnamese American living in Houston, Texas.

The Forbes magazine last week quoted Jimmy Gong, the owner of Jimmy’s Sport Shop in Mineola, Long Island as saying: “There are more Asians being introduced to firearms. Before, there was never gun culture in the Asian community. But after the pandemic and all the hate crimes, there are more Asians buying guns to defend themselves,” Gong said.

Many members of the Vietnamese diaspora have organized rallies and protests.

On March 20, Le and several dozen Vietnamese people in Orange County held a rally in a local park, calling for a stop to violence against Asians.

Le said just owning tasers or pepper spray was not enough. She wanted to raise public awareness of “hatred targeting Asian communities in general and the Vietnamese diaspora in particular.”

One of her friends, 57-year-old Trac Truong, auditor at California Tax Department, joined the protest, saying: “I want more people, especially Americans, to stand up and raise their voices to protect Asians in this country.”

Similar protests calling for an end to violence against Asian-Americans were held around the country over the weekend, even as lawmakers pushed for better tracking of hate crimes following the deadly shootings.

Many young Vietnamese-Americans have used the social media to call for an end to violence against their communities.

In a 106,000-member Facebook group of Vietnamese in the U.S., many encouraged others to join marches and protests in cities across California, Georgia, New York, and Nevada. Many enquired about protests in other states that they could join and show their opposition.

“We pay our taxes, we are American citizens, and there is no reason for anyone to threaten us and our loved ones, we must speak up,” a Facebooker said.

Several artists have also joined the fight by creating pictures and messages on the internet that have gone viral.

Dennis Dizzy Doan, a San Diego-based tattoo artist and designer, created an artwork of a woman wearing the Vietnamese conical hat and a face mask saying, “Hate is a virus.” Doan’s picture was widely shared on the internet and by many protestors last weekend.

Racism and discrimination have always been a problem in the U.S., but many civil rights advocates have said the rise of violence against Asians and Asian Americans is rooted in their being blamed for the pandemic, which originated in China.

“A lot of Asians in general and Vietnamese in particular have faced discrimination before, but former President Donald Trump ignited the fire of racism and violence,” Truong said.

He said added that America would never be “the land of diversity” if racism and hatred are not eradicated.

Artist Doan agreed, saying: “In a country built by immigrants – we are no different.”

While blaming the Trump administration for remaining silent on violence against the Asian diaspora, Vietnamese-Americans are relieved that President Joe Biden is changing the tone.

In his first prime-time address to the country on March 11, Biden called out “vicious hate crimes” against Asian Americans since the start of the pandemic, saying that people had been “attacked, harassed, blamed and scapegoated” after the virus spread across the Pacific.

“At this very moment, so many of them – our fellow Americans – they’re on the frontlines of this pandemic, trying to save lives, and still – still – they are forced to live in fear for their lives just walking down streets in America,” Biden said. “It’s wrong, it’s un-American, and it must stop.”

Le plans to organize more protests in her neighborhood in the coming weeks, while Truong, who has lived in the U.S. for around four decades, said he would buy self-defense equipment if the situation does not get better.

He added: “Most importantly, I will keep speaking up and fighting for my communities. This is a human rights problem.”