Vo Quy, Father of Environmental Conservation in Vietnam, Dies at 87 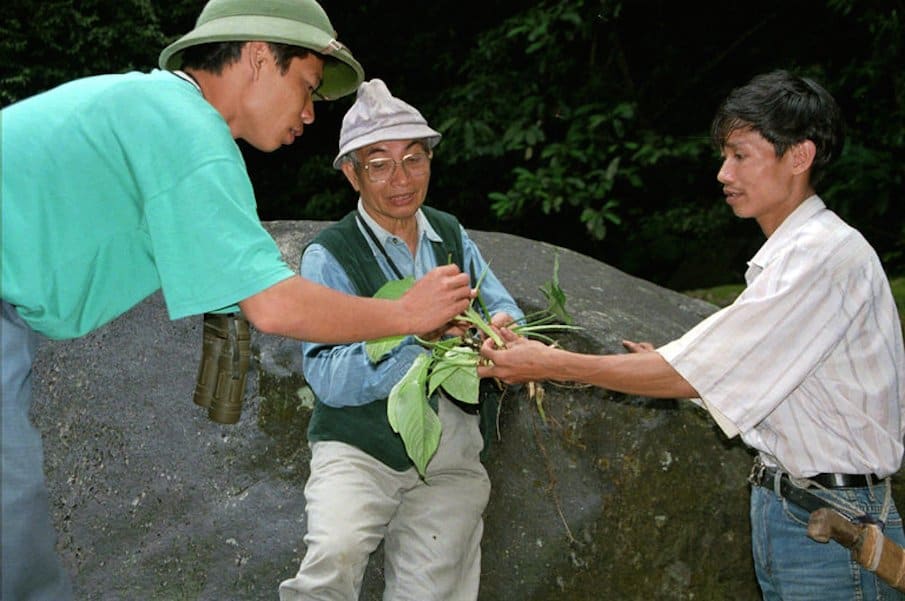 This article originally appeared at the NewYorkTimes.com.

HONG KONG — In the early 1960s, a young ornithologist successfully persuaded Vietnam’s top leaders, including its founding president, Ho Chi Minh, to designate a tract of land near the capital as the country’s first national park.

“They listened to this guy who goes out and watches birds,” said Pamela McElwee, an associate professor at Rutgers University who is an expert on Vietnam’s environmental history. “I think that’s a sign of how significant he was.”

His name was Vo Quy, and he died on Tuesday in Hanoi at 87. Over a half-century career, Dr. Quy was known for his pioneering studies on Vietnam’s wildlife and his efforts to restore tropical habitats that had been destroyed by defoliants during the Vietnam War.

“You really could call him the father of conservation in Vietnam,” said David Hulse, who directed the Hanoi office of the international environmental group WWF from 1992 to 1999.

Dr. Quy’s two-volume study, “The Birds of Vietnam,” remains a classic in the field, Professor McElwee said. He conducted his fieldwork during the war and published the book’s first volume in 1975, the same year that Communist forces toppled the United States-backed South Vietnamese in Saigon, later renamed Ho Chi Minh City.

But Dr. Quy’s work was not limited to the field or the laboratory: He often used his stature as one of Vietnam’s leading naturalists to advocate policies, including the country’s first biodiversity action plan, that sought to balance economic development with environmental protection.

Mr. Hulse said an institute that Dr. Quy founded in 1985, the Center for Natural Resources and Environmental Studies, was an early bridge between Vietnamese scientists and the international community when the country was largely isolated. Dr. Quy also led a national effort to refoliate parts of Vietnam, particularly mangrove forests, that had been destroyed by Agent Orange, the defoliant that the American military sprayed over parts of the country during the war.

About a decade ago, Dr. Quy served as an intermediary between Vietnam and the United States as the countries debated how to jointly address leftover dioxin, the chemical agent in Agent Orange. 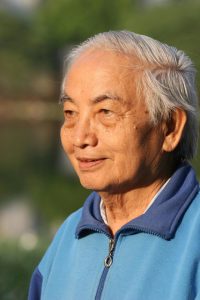 Dr. Quy in 2008. His two-volume study on Vietnam’s bird life remains a classic in the field.CreditFrank Zeller/Agence France-Presse — Getty Images

But Dr. Quy helped keep up the mutual good will during early negotiations, in part by focusing discussion on the war’s environmental, rather than human, impact, according to Susan Hammond, the director of the War Legacies Project, a nonprofit based in Vermont that addresses the health and environmental consequences of the war in Vietnam and Laos.

“He really had a lot of influence on getting the U.S. and Vietnamese together on this issue, but very quietly and very behind the scenes — in the Vo Quy way,” she said.

Vo Quy was born on Dec. 31, 1929, in the central province of Ha Tinh, and studied in China during Vietnam’s war for independence against France, Professor McElwee said. He later obtained a Ph.D. from Moscow University and helped establish the University of Hanoi.

Toward the end of his career, Dr. Quy hosted a popular show about the environment on the state-run Vietnam Television. Children came to know him as “Professor Bird.”

A former student of Dr. Quy’s, Le Thi Van Hue, who is a senior researcher at the Center for Natural Resources and Environmental Studies, confirmed the death on Wednesday. He had diabetes and problems with his heart and kidneys, she said.

He is survived by his wife, Le Thi Thanh, and two sons, Vo Thanh Son and Vo Thanh Giang.

Dr. Quy’s influence on Vietnamese environmental policy was partly a product of his connections in the ruling Communist Party. His closest political ally was Gen. Vo Nguyen Giap, a military mastermind who paved the way for Vietnamese independence by defeating the French at the Battle of Dien Bien Phu in 1954 and later became an outspoken environmentalist, Professor McElwee said.

Dr. Quy had a “unique combination of scientific acumen and savoir faire,” said Professor McElwee, the author of “Forests Are Gold: Trees, People and Environmental Rule in Vietnam,” a history of the country’s 20th-century forestry policy. “He knew how to work the political system.”

Professor McElwee learned that firsthand as a graduate student trying to research her dissertation on a national park in Dr. Quy’s native province. Officials there were initially skeptical of “having an American running around,” she said, and allowed the project to go ahead only after Dr. Quy intervened.

“He picked up the phone and said, ‘She’s with me,’” she recalled with a laugh. “And that was that.”