Voices From The Ghosts of Vietnam Are Being Heard Again: Which Should We Listen To? 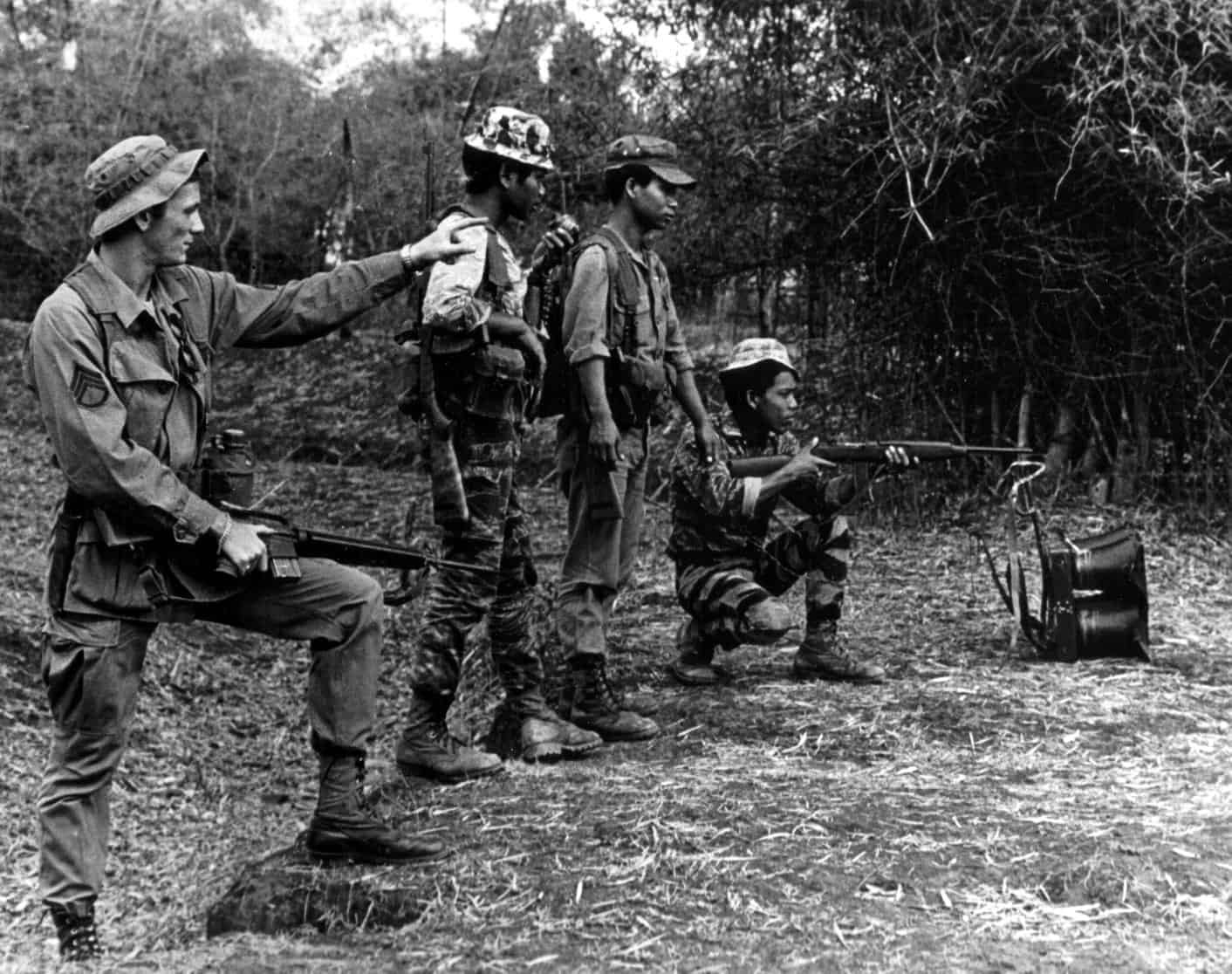 This article originally appeared at www.teleservetv.net  written by Danny Schechter

It’s been nearly 40 years since what the American media called “The Fall of Saigon” and the Vietnamese referred to as the Liberation. I saw it then as the Fall of Washington.

The ghosts of Vietnam are back, thanks to two filmmakers with very different takes. The first is Rory Kennedy, Bobby Kennedy’s youngest daughter. Her one-sided account has already been nominated for an Oscar. The second is Tiana, an American of South Vietnamese origin, who made the film, From Hollywood To Hanoi, years ago to promote reconciliation between our two countries.

Tiana is finishing a movie called The General and Me, on her unlikely conversations (for someone from a virulently anti-communist family) with North Vietnam’s legendary and late General, Vo Nguyen Giap, a.k.a the “Red Napoleon,“ a.k.a the man whose military doctrines defeated the French Army, and later, the Pentagon’s brutal Vietnamization strategy.

Giap created the Vietnamese resistance Army at Ho Chi Minh’s request in l944, and without training, became a military genius. Tiana has two other self-promoted US “geniuses” in her movie too: pathetic walk-ons by former US General William Westmoreland, and an arrogant ex-Defense Secretary, Robert MacNamara, who could not conceal his contempt for her.

Rory’s highly-hyped and well-funded movie depicts footage we have seen before of the hurried evacuation of US soldiers and some of their Vietnamese conscripts in a long and bloody war that was lost almost from its earliest days.

Rather than look at the reasons for that loss, Rory has, with support from HBO and PBS’s American Experience series, tried to present a heroic picture of Americans in their last days in Saigon, coping with a Mad Ambassador and in some cases rebelling against US policy.

(I have loved some of Rory’s work before, but this had ideological agenda written all over it.)

These two films, all these years later, mirror the cultural and political divides of the times with one film, in effect, rationalizing the war, and portraying the American military as compassionate, and the other, for one of the first times, offering views from the other side that Americans never heard.

Even if her Uncle JFK did escalate the war, despite his back and forth doubts, a member of the Kennedy Family is still treated as a cultural icon in a culture that can’t remember details of what happened yesterday, much less forty year ago. Rory’s work has been acclaimed; Tiana’s has not yet been seen. She labels the forgetting deliberate, what she calls, “Nam-Nesia.”

Gerald Perry writes in Arts Fuse: “The mushy reviews of Last Days in Vietnam (a 94% Rotten Tomatoes approval rating) are extraordinarily similar. They praise filmmaker Rory Kennedy for documenting a forgotten moment of American history, the chaotic days in 1975 when the US raced to leave Saigon and South Vietnam steps ahead of the advancing North Vietnamese Army. And the critics are pumped up with pride at the stories Kennedy has uncovered of brave and noble American soldiers and a few anti-establishment American diplomats who helped evacuate many South Vietnamese–by boat, plane, and helicopter–who presumably would be enslaved or murdered by the Communist North Vietnamese.

What hardly anyone observed is that Kennedy, daughter of peacenik Robert Kennedy, is offering a flag-waving whitewash of the war in Vietnam. The North Vietnamese are characterized, with no exceptions, as Isis-like warriors murdering all their opposition on the way from Hanoi to Saigon. And, after entering Saigon, annihilating those who oppose them, or sending their enemies to re-education camps. The South Vietnamese? This amazed me: there is not any mention of the much-documented corruption of the various puppet governments, and of the South Vietnamese army as a coercive instrument of torture and killings. Each South Vietnamese ex-soldier who is interviewed is allowed to tell his shiny story, including a high-ranking officer. There’s no blood attached to any of them.”

This did not surprise me. In 1976, the anniversary of the American Revolution, I published a small book featuring the views of Vietnam’s top military strategists including General Vo Nguyen Giap called “How We Won The War.” It was based on articles I wrote in the aftermath of the defeat of the US–backed Saigon military in 1975. Predictably, it got no pickup. There were many post-mortems about what we did wrong but, few if any, about what they did right.

Surely, that story is historically more significant than how we cut tail and ran.

I wrote then: “The American press was never much help in our efforts to find out more about those remarkable Vietnamese people who have now managed to out-organize, out fight, and defeat a succession of U.S. backed regimes. When the US media did recognize the other side’s existence, they did so with disdain, distortion and denigration…the U.S. never came to terms the fact it was defending a government which had no support and attempting to crush one that did.”

A group of LA-based film critics later wrote to PBS: “Rory Kennedy’s egregiously unbalanced, out-of-context, dubiously propagandistic Last Days in Vietnam is currently in theatrical release, a production of the PBS series, An American Experience. We are appalled by the extraordinarily one-sided nature of Kennedy’s rewrite of history that only shows the U.S. government’s and the Republic of Vietnam’s side of the story, and never offers the points of view of the millions of Americans who opposed the war and of those who fought on the side of the National Liberation Front and North Vietnam.”

So much for “balance!”

The protest was all for naught. Public Television retreated into its archive of knee-jerk form letters and responded to criticisms of one program with a defense that cited all the programs they ran, most decades old, while announcing that a new multi-million dollar series on Vietnam by their always well-funded doc superstar, Ken Burns, is in the works. Typical!

It’s been 40 years. What have we learned? The Obama Administration, aided by our Secretary of State, a Vietnamese speaker no less, named John Kerry, once the leader of Vietnam Veterans Against the War, had turned into an apologist for the American role in the war, and an arms salesman to Vietnam which fears the Chinese today more than the Americans.

Whose voice should we listen to? Rory Kennedy with her slick and costly archive-footage based mockumentary of history, or Tiana who is struggling to bring Vietnamese voices and a deliberately buried history to life?

Why are these Vietnam films always—“AAU—all About Us?”

Danny Schechter reported in North and South Vietnam in 1974, and returned in 1997. He has written widely on the issues of the war. He edits Mediachannel.org and blogs at Newsdissector.net. Comments to Dissector@mediachannel.org