Waging Peace in Vietnam: A Story We Need to Tell 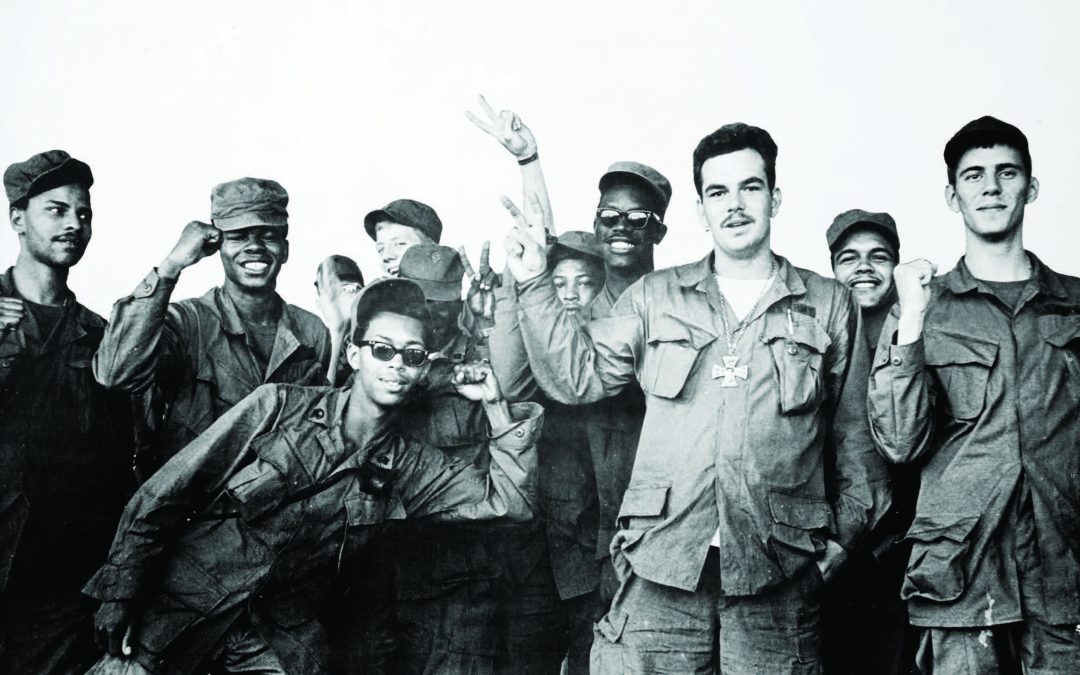 Waging Peace in Vietnam: U.S. Soldiers and Veterans who Opposed the War

Tens of thousands of active duty GIs opposed America’s war in Vietnam, marching, signing petitions, writing underground newspapers for their fellow soldiers, and refusing to fight, often at great personal sacrifice. Hundreds of thousands of veterans back from Vietnam joined the resistance and helped lead the broader peace movement.

Few people today even know that there was a robust GI Movement, or that it had grown so large by 1971 that the Pentagon felt it was necessary to begin pulling ground troops out.

The book and the exhibit, both called Waging Peace in Vietnam: U.S. Soldiers and Veterans who Opposed the War, is much more than a tribute to those who expressed their patriotism as Americans by saying NO.

Today, a new generation of conservative historians is trying to revive the discredited premise that the U.S. could have won if only the military was allowed to bomb Vietnam back to the Stone Age. We need to let scholars, students and the general public know that thousands of our soldiers, sailors and pilots were refusing to fight, sail and fly more bombing missions. People need to know that active-duty soldiers and veterans had a profound effect on the antiwar movement, and on the war itself.

Young activists, in particular, can draw inspiration from this nearly-hidden story.  If GIs and veterans could organize successfully in the middle of that war, today’s young activists can use their skills, passion, and numbers to effect change.

The Waging Peace exhibit and book tell this story through essays, oral histories, photographs, documents, and the pages of the underground press, written by and for active-duty GIs.

There are two great reviews of the exhibit, in The Guardian and in USA Today.

Waging Peace in Vietnam: U.S. Soldiers and Veterans Who Opposed the War

Noam Chomsky: “The popular protest and resistance to the US war in Vietnam that developed, most dramatically and effectively, among the soldiers who refused to take part in a criminal war, played a leading role in revealing its horrors. This powerful record of their struggles and achievements is a most welcome contribution, with critical lessons for the future.” Author: At War with Asia.

Daniel Ellsberg: “No one did more to bring an end to America’s cruel and unjust war in Vietnam than the patriotic GIs and veterans who turned against it. This extraordinary history of their struggle should inspire all of us who seek to end the ongoing and interrelated threats of war, nuclear doomsday, and environmental catastrophe.” Author: Secrets: A Memoir of Vietnam and the Pentagon Papers.

Juan Gonzalez: “An extraordinary collection of first-hand accounts and unforgettable photos from the rank-and-file soldiers and GI organizers who spearheaded one of the most important yet often overlooked peace movements in U.S. history.  Finally, the amazing story is told of how resistance to the Vietnam War from inside the military helped force an end to that tragic imperial conflict.” – Juan González, Richard D. Heffner Professor of Communications and Public Policy, Rutgers University, and co-host of Democracy Now.

Seymour Hersh: “To be in a military unit and oppose a war that had the blessing of one American president after another took extraordinary courage—the kind that was displayed by only a few in the Congress and, sad to say, by not many more in the media. The men and women who spoke out, often at great cost, during the immoral and unnecessary war in Vietnam are voices that need to be heard again and again, as they are in Waging Peace in Vietnam.” Pulitzer prize recipient “for his exclusive disclosure of the Vietnam War tragedy at the hamlet of My Lai.”

Heather Stur: “Waging Peace is an essential reminder of the collaboration between US soldiers and civilians to oppose the Vietnam War. The essays highlight the diversity of the anti-war movement and the war’s far-reaching impact on American and Vietnamese lives. It is required reading for anyone seeking to understand the complexities of what it means to be patriotic in a time of war.” Heather Marie Stur, Ph.D. Associate Professor of History, University of Southern Mississippi; Fulbright Scholar in Vietnam, 2013-14.

Sophie Quinn-Judge: “This collection of first-person accounts and essays on the GI peace movement is long over-due and much-needed. Active duty military men and women, as well as vets from all branches of the armed forces, marched against the War, reported war crimes or refused deployment to Vietnam, risking court martial and sometimes their lives. “For decades after the war, a sort of conspiracy of silence or forgetfulness seemed to erase the significance of these events in helping to end the war,” Ron Carver writes. Yet the GI movement was crucial to bringing peace to Vietnam, as this book convincingly shows.” Author: Ho Chi Minh The Lost Years.