Watch the US Drop 2.5 Million Tons of Bombs on Laos 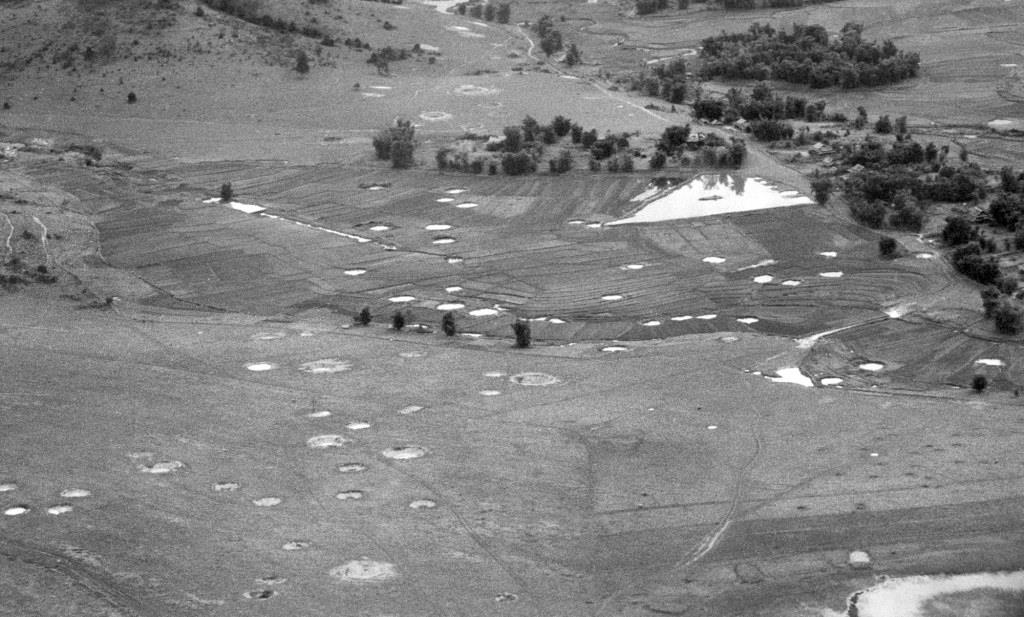 This article originally appeared at www.warhistoryonline.org

Between 1964 and 1973, the United States dropped around 2.5 million tons of bombs on Laos. While the American public was focused on the war in neighboring Vietnam, the US military was waging a devastating covert campaign to cut off North Vietnamese supply lines through the small Southeast Asian country.

The nearly 600,000 bombing runs delivered a staggering amount of explosives: The equivalent of a planeload of bombs every eight minutes for nine years, or a ton of bombs for every person in the country—more than what American planes unloaded on Germany and Japan combined during World War II. Laos remains, per capita, the most heavily bombed country on earth writes www.motherjones.com

The map above, created by photographer Jerry Redfern, provides another view of the massive scale of the bombing. Each point on the map corresponds to one US bombing mission starting in October 1965; multiple planes often flew on missions.

The unfinished aftermath of the air campaign is the subject of Redfern and Karen Coates’ new book, Eternal Harvest: The Legacy of American Bombs in Laos. This stunning book, seven years in the making, documents how the secret air war is still claiming lives more than four decades after it ended.

More than 100 Laotians fall victim to unexploded cluster bombs annually, delayed casualties of Operation Barrel Roll and Operation Steel Tiger, which dropped 270 million cluster bomblets. Packed by the dozens or hundreds in canisters, cluster bombs are designed to open in midair, scattering small explosives across a wide radius. Yet not all of them detonated, and today, 80 million live bomblets lurk under Laos’ soil.

Cleaning up the unexploded ordnance (UXO) has been agonizingly slow. In January, Congress approved $12 million for UXO clearance and related aid in Laos. In comparison, the bombing cost the United States $17 million a day in inflation-adjusted dollars.

Below, a selection of Redfern’s photographs from Eternal Harvest. Learn more about his and Coates’ work at their website. An aerial view of the countryside around Phonsavanh, Laos, shows craters from the US bombing campaign. Workers found this unexploded bomb shell in a quarry. It awaits a clearance team, which will attempt to defuse it safely. A Vietnamese trader and his family eat dinner by a heap of shrapnel and cluster bombs and an artillery shell. Scrap-metal traders buy bomb debris from Laotians who collect it in the fields and forests. A technician with an unexploded ordnance disposal team scans for bombs along the new road built atop the old Ho Chi Minh Trail. People began building new homes in this spot before the area had been cleared. Left: A 750-pound bomb is detonated by a clearance team. Right: A woman and her children paddle down the Banghiang River in a canoe fashioned from fuel tanks dropped by American bombers. A guesthouse with decorations fashioned from war detritus caters to foreigners in the town of Phonsavanh. The lobby of the Vinh Thong Guesthouse in Phonsavan displays an amazing array of defused UXO as well as a mural depicting the 1968 bombing of the Plain of Jars. A dud rocket found in a clump of bamboo. It was later detonated by a bomb disposal team.