What the United States Did to Vietnam 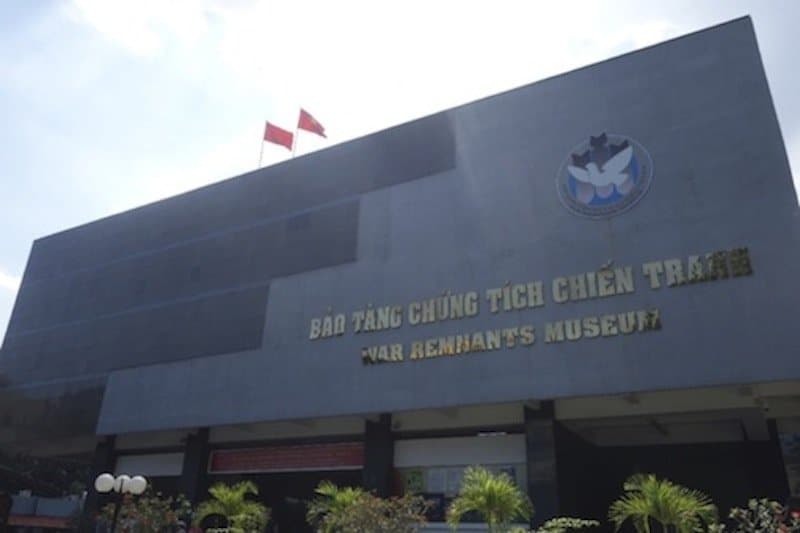 This article originally appeared at CounterPunch.org.

What the United States Did to Vietnam

The insidious effort to whitewash the US war on Vietnam continues. The official “Vietnam War Commemoration” run by the Pentagon refuses to recognize the war for what it was: an act of aggression that decimated three countries, killed and wounded millions of people, blocked democracy and development, littered the countryside with millions of unexploded bombs (which kill and wound people to this day), and poisoned the food supply with chemical warfare (causing deformities and birth defects).

We should not let these crimes go unheard of, or allow propagandists to spin them into events that were mere “accidents.” The US destruction of Vietnam was a deliberate act.

A healthy antidote to the silence/propaganda of US aggression against Vietnam would be to pay a visit to Vietnam’s War Remnants Museum in Ho Chi Minh City (Saigon), as I have recently done. Ironically accused by propagandists in the United States of being a “one-sided” museum filled with “propaganda,” the museum offers a much more accurate depiction of the US war against Vietnam than anything you’ll find in US history textbooks or popular culture.

Crucial to understanding the US war against Vietnam is knowing that it was a war against democracy and self-determination. Ho Chi Minch begged the United States to support Vietnam’s efforts to gain independence from France. An admirer of the American Revolution, Ho Chi Minh quoted the US Declaration of Independence in Vietnam’s own Declaration:

“All men are created equal. They are endowed by their Creator with certain inalienable rights, among these are Life, Liberty, and the pursuit of Happiness.”

This immortal statement was made in the Declaration of Independence in the United States of America in 1776. In a broader sense, this means: All the peoples on the earth are equal from birth, all the peoples have a right to live, to be happy and free.

Of course, the United States wholly backed France’s efforts to reconquer Vietnam. When France failed, the United States took up the task, engaging in a war of aggression, or what is called the “supreme international crime differing only from other war crimes in that it contains within itself the accumulated evil of the whole,” in the words of Nuremberg Tribunal.

The United States did everything possible to block the will of the Vietnamese people. The US-backed dictator of South Vietnam blocked elections in 1956 to prevent Ho Chi Minh from coming to power (Dwight D. Eisenhower estimated that up to 80 percent of Vietnamese would have supported Ho Chi Minh in an election during the First Indochina War). Since the Vietnamese continued to resist the US-imposed dictatorship in South Vietnam, the United States invaded Vietnam in the early 1960s, beginning a devastating campaign of bombings, atrocities, chemical warfare, and torture, leading to the deaths of 3.8 million people, according to a study published in the BMJ (formerly the British Medical Journal).

According to Nick Turse in Kill Anything That Moves:

[T]he stunning scale of civilian suffering in Vietnam is far beyond anything that can be explained as merely the work of some “bad apples,” however numerous. Murder, torture, rape, abuse, forced displacement, home burnings, specious arrests, imprisonment without due process—such occurrences were virtually a daily fact of life throughout the years of the American presence in Vietnam. … [T]hey were no aberration. Rather, they were the inevitable outcome of deliberate policies, dictated at the highest levels of the military.

Turse’s investigations of US war crimes (spurred by his discovery of the Pentagon’s Vietnam War Crimes Working Group) lend credence to the various displays and photographs one will find in the museum.

One example is a sewer pipe present at the Thanh Phong massacre, used by three children to hide in before being killed by future Senator Bob Kerrey and his cohorts (ten other civilians also died). More deadly than the daily atrocities, however, were the bombings. According to historian Howard Zinn, the United States dropped 7 million tons of bombs on Vietnam by the end of the war. Many of these bombs did not explode, and continue to kill people today when farmers accidently plow over them, children pick them up thinking they are toys, or scrap metal hunters looking to earn a small amount of change collect them.

Perhaps the most horrifying exhibit one will encounter in the museum displays the effects of Agent Orange. The United States sprayed roughly 20 million gallons of herbicides on the Vietnamese countryside. According to the Vietnamese Red Cross in 2002, one million people have disabilities or other health problems as a result of Agent Orange, including 100,000 disabled children. You’ll rarely see such images or hear such facts in the United States—the myth of the United States being “exceptional” must continue being shoved down US citizens’ throats, so that new wars and imperialistic campaigns can be waged. Next time a politician calls for another war or “humanitarian intervention,” just remember what the United States did to Vietnam.

Brett S. Morris is a freelance writer, journalist, photographer, and author. He has traveled the world, documenting current events and the legacy of US foreign policy. His latest book is 21 Lies They Tell You About American Foreign Policy. He can be reached on his website,Twitter, and Facebook