When the U.S. dropped barrel bombs in war by Ishann Tharoor 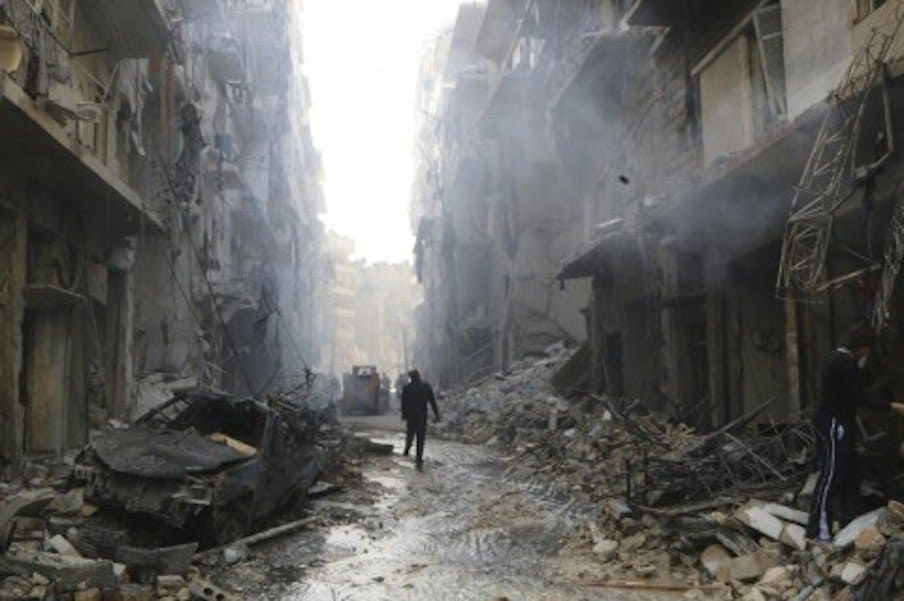 “It’s a childish story that keeps repeating in the West,” smiled Syrian President Bashar al-Assad, in an interview with the BBC last week. He was dismissing allegations that his regime is attacking Syrian civilians with barrel bombs, crude devices packed with fuel and shrapnel that inflict brutal, indiscriminate damage.

“I haven’t heard of the army using barrels, or maybe, cooking pots,” Assad said, and then repeated when pressed again: “They’re called bombs. We have bombs, missiles and bullets. There [are] no barrel bombs, we don’t have barrels.”

If you think Assad doth protest too much, you’re probably right. Human rights organizations, witness testimony and foreign governments all point to the Syrian government’s frequent use of barrel bombs in densely packed urban areas, including a suspected attack last week in a devastated suburb of Damascus. The fact that it’s a deliberately indiscriminate weapon of war makes the Assad regime liable for war crimes.

Assad is not alone in allegedly using barrel bombs. Last summer, Human Rights Watch accused the government in neighboring Iraq of dropping barrel bombs in civilian-populated areas during its clashes with the militants of the Islamic State.

Look a bit further into the past, and you’ll find that barrel bombs were featured in an American military campaign, too.

A smart post on the War Is Boring blog details when the United States dropped barrels packed with fuel in an attempt to burn foliage in the dense forests of Vietnam and smoke out Viet Cong guerrillas:

Army crews kicked the incendiary drums out of Chinook helicopters onto suspected enemy camps. They strapped white phosphorus smoke grenades to the cylinders to set them alight.

The Air Force took the concept one step further and tried to start raging forest fires in Viet Cong base areas. The flying branch used fire barrels as well as normal incendiary bombs.

In April 1968, the United States carried out “Operation Inferno,” in which 14 C-130 cargo planes dropped dozens of 55-gallon incendiary barrels filled with fuel over southern Vietnam’s U Minh forest. The sorties sparked raging fires, but they had limited effect, as they all tended to die down once the fuel burned out. The United States also dropped barrels full of a chemical equivalent of tear gas, aimed at flushing insurgent fighters out of their bunkered hideaways.

The barrel bombings in Vietnam were not aimed at heavily populated areas, and did not exact the human costs that the Assad regime probably has in its desperate fight with rebel forces.

More is remembered about the other controversial methods the United States employed during the lengthy conflict. These include the widespread use of toxic agents: between 1962 and 1971, the United States let loose about 18 million gallons of herbicides over 20 percent of South Vietnam’s jungles and more than a third of its mangrove forests. And worse was the widespread U.S. use of cluster munitions in its campaigns.

In its covert campaign over Laos, which served as a thoroughfare for Viet Cong fighters, the United States dropped 2.5 million tons of bombs on the Southeast Asian country, including 270 million cluster bomblets. A video visualizes the scope of the bombing runs.

A survey done in 2009 found that about 20,000 Laotian civilians had died since 1973, when the Vietnam war ended, as a consequence of stumbling upon unexploded ordnance dropped by the United States.

Ishaan Tharoor writes about foreign affairs for The Washington Post. He previously was a senior editor at TIME, based first in Hong Kong and later in New York.