Where Can You Go to Hiss Kissinger, Boo Nixon and Pelt Pinochet with Squishy Tomatoes? 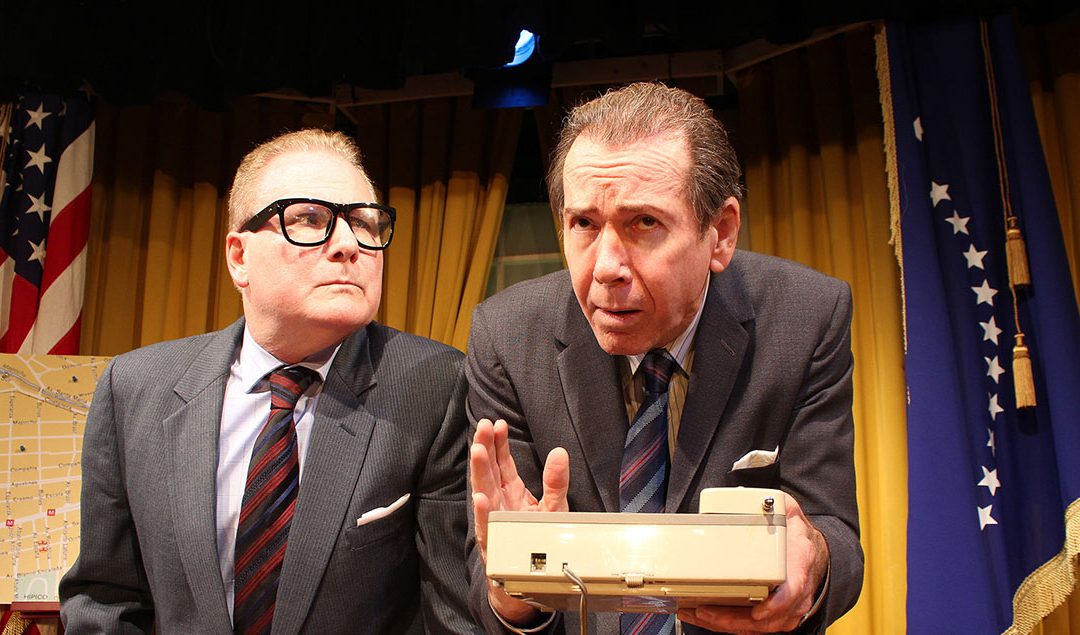 By Ed Rampell at CovertAction Magazine

Try Mark Wilding’s Wildly Funny, But Razor-Sharp, Satirical Dramatization of the CIA-Backed Fascist Coup in Chile. You may think you know what happened, but you’ll never guess how it happened

Most Americans do not remember the “other” tragic 9/11 event, which took place in 1973, when the CIA helped overthrow the democratically elected socialist government of Salvador Allende in Chile. The violent coup brought General Augusto Pinochet to power and subjected the country to 17 years of a fascist military dictatorship that tortured and murdered thousands and forced nearly a quarter of a million of its citizens into exile.

Not a likely source of comedy, one might think. But not Mark Wilding! His timely satire, Our Man in Santiago, speaks to our present moment and elicits the kind of cleansing laughter that exposes hypocrisy and, hopefully, may alert us to the ominous warning signs of a possible fascist ascendancy in our own country.

This is the world premiere of Our Man in Santiago—well, almost. According to director Charlie Mount, there were actually two performances of Santiago in March 2020, when the you-know-what shut Theatre West (along with just about everything else) down. Playwright Mark Wilding’s wild take on the 1973 coup in Chile finally debuted September 24 and this critic is delighted to say that Wilding’s satire about the downfall of socialist President Salvador Allende is even timelier now than it would have been about 18 months ago.

This is because the recent resounding total defeat and humiliation of Washington in Afghanistan is shining a light on the sheer, utter imbecility of U.S. imperialism and lunacy of its foreign policy. The CIA played a devastating covert role in Afghanistan starting in 1979—only six years after the Agency helped topple Chile’s democratically elected government, as Wilding cleverly exposes.

I don’t want to dwell upon or give away plot points in this fast moving, rollicking one-acter.

Suffice it to say that Santiago is cannily sandwiched by the CIA’s Daniel Baker testifying before the Senate Intelligence Committee (another very topical part of the storyline, as four of Trump’s purported coup plotters have just been subpoenaed to testify before Congress).

Baker (Nick McDow Musleh, a Theatre West regular) is a CIA agent reposted from that international “hot spot”—New Zealand—to carry out dirty tricks in Chile on that other 9/11, when General Pinochet, with a little help from his Yanqui friends, staged a bloody 1973 coup d’état that resulted in the mass murder, imprisonment, torture, and “disappearance” of tens of thousands of Chileans.

Looking a bit like the middle-aged Hemingway, the bearded Jack Wilson (stage and screen actor George Tovar) is Baker’s conniving superior. A veteran CIA dirty trickster (who participated in 1961’s assassination of Congo’s left Prime Minister Patrice Lumumba), Wilson operates out of a Santiago hotel across from the presidential palace.

As no espionage thriller worth its salt is complete without sex, Maria (Presciliana Esparolini, whose screen credits include All Rise) is a Chilean housekeeper for the hotel (or is she?).

Wilding shrewdly introduces the men who are literally behind the curtain (or wall) and the coup: President Richard Nixon (Steve Nevil, whose credits include Lou Grant and touring in a one-man show about Jimmy Stewart) and Henry Kissinger, Tricky Dick’s National Security Adviser, who became Secretary of State only 11 days after Allende’s downfall.

To my mind, as Kissinger, Michael Van Duzer delivers a doozy of a performance and steals the show, exposing this mass murderer to be the buffoonish spawn of Satan posing as the homo sapien that he really is. Van Duzer insightfully grasps Kissinger’s existential angst: He wanted to be a Nazi but, alas, was born Jewish. So, he compensated by committing genocide against Vietnamese, Argentines, Chileans, you name it.

If Kissinger–the last surviving major member of Tricky Dick’s regime–dies before being hauled before an international tribunal for his countless crimes against humanity, it will be empirical proof that there is no god and life is unjust. May his death be shuttle diplomacy to the well-deserved hottest seat in hell his pal, the devil, has surely reserved for him. (Don’t get me started!)

Mark Wilding has written TV comedies such as Ellen and dramas like Scandal, for which he was a head writer and executive producer. Santiago has the sensibility of a sitcom crossed by Scandal, with a number of switcheroos that this reviewer didn’t see (in)coming.

Wilding’s title drolly references Graham Greene’s 1959 Our Man in Havana, helmed by Carol Reed and starring Alec Guinness, and marks the triumphant reopening of Theatre West. Charlie Mount directs his ensemble with aplomb, and for those who enjoy sophisticated political satire, Our Man in Santiago is your man!

Our Man in Santiago runs Fridays and Saturdays at 8:00 p.m. and Sundays at 2:00 p.m. through Oct. 24 at Theatre West, 3333 Cahuenga Blvd. West, Los Angeles, CA 90068. See: TheatreWest.org. Theatergoers are, as of this writing, required to present proof of vaccination and wear masks (even though it’s not commedia dell’arte).