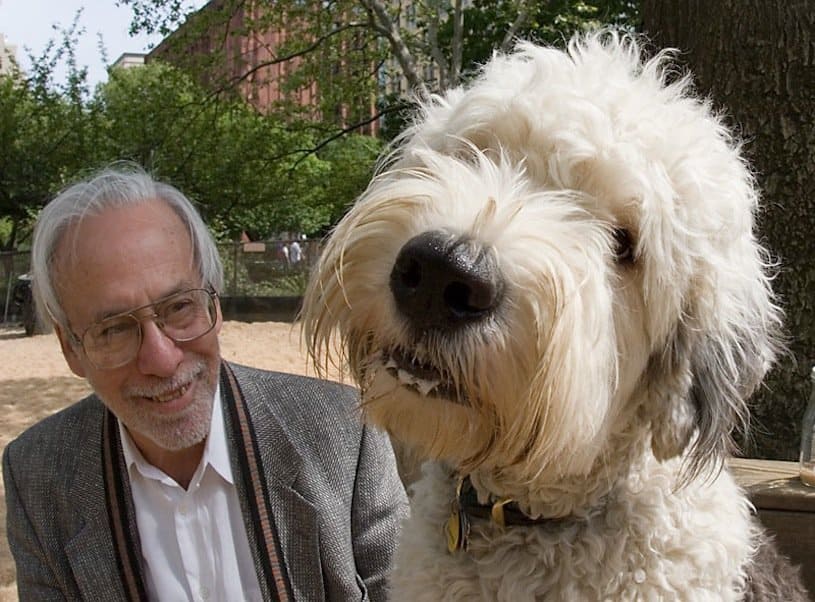 William H. Schaap, radical lawyer and co-founder/publisher of CovertAction Quarterly and Sheridan Square Press, died on February 25, 2016, of pulmonary disease at his apartment in Manhattan. He was 75.

Born in Brooklyn, New York on March 1, 1940, to Maurice and Leah (nee Lerner) Schaap, Bill Schaap was raised in Freeport, New York. His older brother was the late sports broadcaster and author Dick Schaap. Bill received his BA from Cornell University in 1961. He graduated in 1964 from the law school of the University of Chicago, where he became part of the civil rights movement in 1963, counseling students arrested for protesting segregated housing.

After receiving his law degree, he worked as an associate for several years at the Wall Street firm of Fried, Frank, Harris, Shriver & Jacobson. During this time he joined the radical National Lawyers Guild, and his commitment to civil rights, anti-Vietnam War and leftist political causes deepened. In 1968 when Columbia students were arrested for occupying a building on campus, Schaap represented and got many of them released from jail.

When William Kunstler, president of the Center for Constitutional Rights, asked Schaap to head a project to defend U.S. military resisters to the Vietnam War, Schaap left his Wall Street law firm. He and his wife, Ellen Ray, spent three years in Japan and Germany counseling and defending American GI resisters. Though he had no previous training in military law, he learned on the job and claimed that he never lost a single case.

In 1976, Schaap and Ray moved to Washington DC, where he became the editor of the Military Law Reporter. With Louis Wolf and the controversial former CIA operative Philip Agee, Schaap and Ray founded and edited CovertAction Information Bulletin, which eventually expanded into a glossy, source-noted magazine called Covert Action Quarterly. Initially, the focus of the magazine was the illegal activities of the CIA around the world, but it later branched out to report on domestic abuses by the National Security Agency and FBI. The journal’s exposes from 1978-2005 included in-depth stories on the CIA’s destabilization, assassination and disinformation programs in Jamaica, Chile, Grenada, Vietnam, Nicaragua, Guatemala, Panama, Spain, Greece, Turkey, Israel, Palestine, South Africa, Rwanda, Mozambique, the Philippines   and many other countries. Schaap, Ray and Wolf wrote and researched many of the articles themselves, but they also recruited prominent progressive voices like Noam Chomsky, Ramsey Clark, Diana Johnstone and Mumia Abu-Jamal to write for the publication.

In the early years CovertAction Information Bulletin identified CIA agents in print based on research from public unclassified sources. The Intelligence Identities Protection Act, passed by Congress in 1982, was aimed primarily at preventing the naming of agents by CovertAction. But once the law was passed, the magazine stopped identifying agents. No one was ever prosecuted under the law until Vice President Dick Cheney’s chief of staff Lewis “Scooter” Libby was convicted in 2003 for leaking the name of CIA operative Valerie Plame to newspaper columnist Robert Novak.

Schaap was an articulate  and relentless opponent of the Vietnam War. In the early 70s, he and Ray were arrested along with several others for protesting the war at a session of Congress. From the visitors’ gallery they interrupted the proceedings by playing tapes of the U.S. bombing of Vietnam.

In 1980, Schaap and Ray moved to New York City and founded Sheridan Square Press, first publishing books about the CIA by former CIA agents and later a wider variety of books. These included Deadly Deceits: My 25 Years in the CIA by Ralph Mc Gehee; Secret Contenders by Melvin Beck; Profits of War: Inside the Secret U.S.-Israeli Arms Network by Ari Ben-Menashe; Destiny Betrayed: JFK, Cuba and the Garrison Case by Jim DiEugenio; Bioterror: Manufacturing War the American Way edited by William H. Schaap and Ellen Ray; The Street and Other Stories by Irish Republican Army leader Gerry Adams; Guantanamo: What the World Should Know by Michael Ratner and Ellen Ray; and most prominently, On the Trail of the Assassins: My Investigation and Prosecution of the Murder of President Kennedy by former New Orleans District Attorney Jim Garrison, which became a number one New York Times bestseller and the basis for the Oliver Stone movie JFK.

When President Ronald Reagan’s former national security adviser Robert McFarlane sued Sheridan Square Press for libeling him in Ben-Menashe’s book Profits of War, Sheridan Square lost its financial backers and was forced to shut down. The case was eventually thrown out by the courts.

In 1990 Schaap, Ray and Edward Herman founded and edited Lies of Our Times, a magazine of media criticism that analyzed the underlying political assumptions and biases of The New York Times and other mainstream media.  It was published monthly until the end of 1994.

In more recent years, the Institute for Media Analysis was a fiscal sponsor for Law and Disorder, Pacifica’s weekly syndicated radio program reporting on and analyzing the criminal justice system. After Hurricane Katrina in 2005, Schaap represented a number of homeowners in New Orleans who had lost everything in the storm. And in 2011, Schaap was the attorney for the U.S. Boat to Gaza, a group of activists who attempted to break Israel’s blockade on the Gaza Strip.

Schaap traveled and lectured all over the world and was knowledgeable on a wide range of subjects from history and geography to media and linguistics. A gourmet chef, Schaap was also a self-taught naturalist with an extensive knowledge of birds and mushrooms. He had a special place in his heart for his dogs, Burroughs and Bambu.

Schaap’s beloved wife and work partner, Ellen Ray, died of lymphoma in June 2015. Schaap is survived by his sister, Nancy Silvio, and many nieces and nephews.